For the 2008-2009 U.S. Army All-American Bowl in San Antonio Texas, I was fortunate to be hired on to support the SportsHD and Tricaster video crews and build a Video Digital Asset Management System using Drupal naturally. Helping the video crews was a very enjoyable experience. I helped setup gear and upload video to the web site. I really enjoyed my stay in San Antonio and hope to return for many more working adventures. 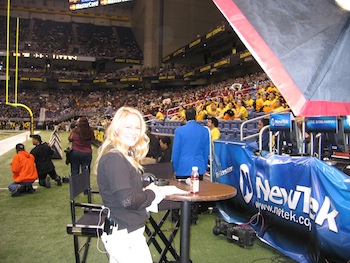 I was still working on the web site when I arrived in San Antonio but after a day of theme fixes and server modifications, we were ready to rock.

For these games I learned a big lesson about enterprise level web serving. Given the short time frame, I was forced to re-purpose an old Drupal 5 web site that did not cache. This was a monster mistake. During the last game on Sunday, the high traffic was extra high caused by an article in the New York Times that overwhelmed the server and it went down for about 15 minutes until I could add more server resources. Those were the longest 15 minutes of my career.

Needless to say, when the following September came around, I began constructing my own Video Digital Asset Management System from the ground up. Using Drupal 6 and a carefully selected set of modules that would cache aggressively, I completed the project in October 2009 and it performed beautifully through the 2009-2010 All-American Bowl. 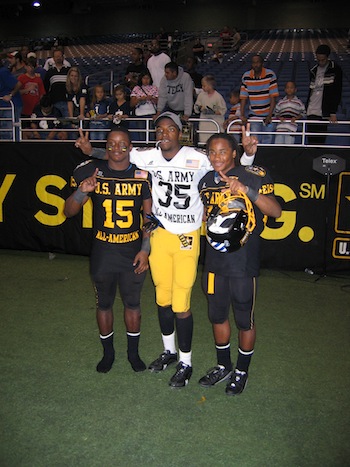 The new VDAMS had many improvements which included a high performance PHP caching layer, use of Amazon's content delivery network, a drag and drop interface for video channel play list ordering, an advertisement system that included analytics and ad schedules, fully customized theme and local video encoding to improve video posting turnaround time. I had decided to have the system post user uploaded videos and related images to Amazon's S3 content delivery network (CDN) for serving and storage which took pressure off the web and database servers during the high event traffic. It worked beautifully. The web server hummed along without losing noticeable performance during the event. Images and videos were pulled in to the Drupal site from the S3 CDN and cached heavily.

This is a classic example of a great Drupal project taken to the enterprise level. The costs were relatively low and the development time was accelerated in comparison to using other frameworks. Of course, I did not see the light of day for most of September and October during development but it was fun and so very worth it.